of scientific practical cooperation between NMU and KI

The cooperation between NMU and Karolinska Institutet started in 2006. The main financing source of project at the initial stage was the grant by Swedish Institute under Visby Programme.

In the same year these 6 potential PhD students and their scientific supervisors from NMU visited Karolinska Institutet, where they met with scientific managers from KI as to further work, determination of hypotheses for dissertations, definition of material for researches.

In 2007 PhD students started the scientific work at departments of KI:

·Dept. of Molecular Medicine and Surgery: 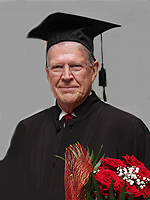 In 2008 all PhD students approved the topics of dissertations. Most dissertations are translational i.e. directed to solve the scientific problems using the fundamental methods, which results aim to improve the efficiency in treatment of patients or due to principle “from laboratory table – to patient’s bed”.

The graduates from NMU Savchuk Yuliia and Podolskyy Volodymyr also take part in the project since 2012 (under support of NAMS of Ukraine).

The first three ones defended the dissertations and acquired PhD in medical science in 2012: Dmytro Unukovych, Olena Gruzeva, Grygoriy Tur. In 2013 Andriy Dinets and in 2014 Yevgeniia Burlaka defended PhD. Maryana Gulchiy will defend in 2015.

During the project PhD students published 33 original articles in peer review journals that are indexed by scientific metric bases Web of Science or Scopus.

As active participants (oral or poster report) all PhD students in total attended over 50 scientific conferences in Europe, Asia, Africa, and Northern America.

The following seminars were held together with Swedish dissertation supervisors: seminars on chest surgery (2008), endocrine surgery (2009), gynecology (2010), facial surgery (2010), annual summary scientific conferences with the participation of supervisors from both institutions, which were held at Karolinska Institutet in December (2007-2014).

The joint training for scientists, first of all young scientists and their supervisors, on preparation of scientific grants, publications and bioethics were held in 2010 within the meeting of rectors from higher medical schools in Ukraine with the participation of Swedish colleagues.

Continuation of project in 2015

Two graduates from NMU submitted the documents to Visby Scholarship Program to fiancé PhD programs at KI. The candidates passed through interview with the scientific supervisors at KI at Dept. о f Women’s and Children’s Health.

Now the directions of their scientific work at KI have been agreed, the letters of recommendations and letters of support have been received from KI. The documents were submitted for consideration to the office of Visby Scholarship Program.

In 1982 Tommy Linne defended PhD on topic “Kidneys functioning at glomerulonephritis at children and teenagers”.

In addition to the program of occupational training for scientific staff, Professor Linne also maintains the development of cooperation between out higher schools in the form of joint conferences and symposiums. In 2010 he successfully performed the seminar “Additional skills in the field of science: grants, publications and ethics” (within the international scientific conference, devoted to World Health Day).

The leading specialists from Karolinska Institutet visited NMU for many times under support of Tommy Linne in order to read lectures and to perform master classes for professors and teachers of the establishment and young scientists of NMU in the sphere of epidemiology, public health, dentistry, surgery.

The executives of University at the head of rector, corresponding member in NAMS of Ukraine, Professor Kateryna Amosova, prorectors, deans, heads at department, teachers, postgraduate students, masters, representatives of students’ active group were present at the meeting.

The perspectives for development of cooperation were discussed in two languages: Ukrainian and English. While communicating they emphasized the main directions in further cooperation, in particular, performance of trainings by scientists from Karolinska Institutet for scientific pedagogical workers and young scientists of NMU, including on preparation of scientific grants, publications, bioethics, implementation of practice on reading lectures and performance of interactive master classes by employees of Karolinska Institutet for teachers of our university; development and fulfillment of joint scientific projects (due to example by department of surgery No 4); organization of short term probations for young teachers and scientists at Karolinska Institutet, as well as students’ academic exchanges.

1. Performing trainings by scientists from Karolinska Institutet for scientific pedagogical workers (in particular, trainings on epidemiology).

2. Performing master classes by scientists from Karolinska Institutet for employees of NMU.

6. Developing and implementing the new joint scientific projects (in particular, the new project on research of thyroid carcinoma is being prepared at department of surgery No 4).

7. Organizing the probations of doctors at divisions of Karolinska University hospital.